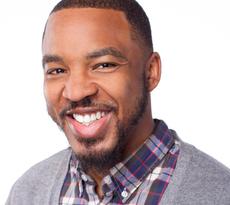 Bruce Lemon is a storyteller born and raised in Watts, CA. As a child, his father made him write stories and read them aloud in the hallway as punishment for lies and mischief. He’s still in trouble.

Hobbies include: Holding a mirror up to America, rabble rousing, chasing dreams, working for the reimagining of his community, and listening to the kids.